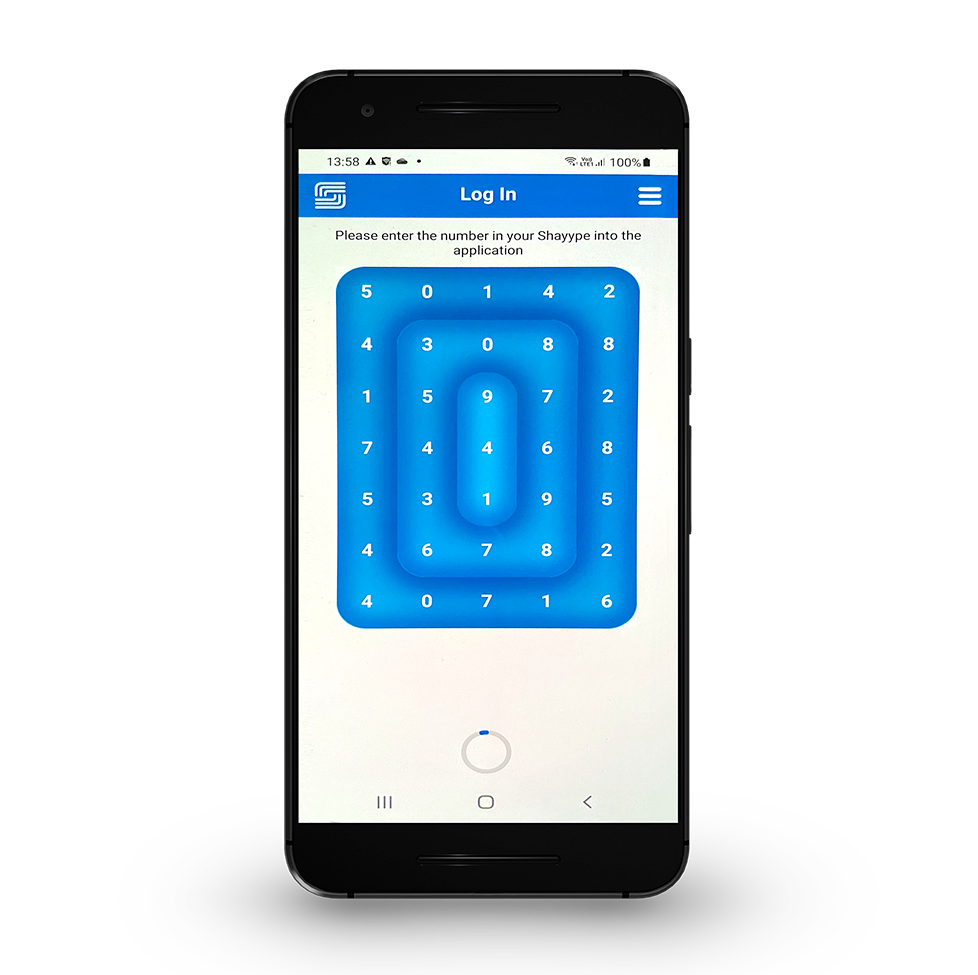 The most secure Authenticator on the planet

Better security for the Authenticator

Unless you’re sure who’s holding the phone (or device), the ‘something you have’ element in two- or multi-factor can’t be depended on. Shayype technology means users of the Authenticator app can prove who they are, and that the phone/device is in the right hands.

The start of an empowering revolution

ShayypeTM technology will add a strong “whois” element to a whole raft of applications, from fintech to secure entry systems, from doorstep deliveries to online document signing. It marks the end of trying to depend on stealable possession-based items, allowing users to prove who they are anywhere, any time.

passwords for sale on dark web

A leap forward in authentication technology
Now and then something comes along which changes everything. Shayype is one of those evolutionary moves, as it's based on one simple question: "How can human beings prove who they are, without ending up giving details away - and making things worse?"
In creating Shayype we looked at the basic problems which have plagued authentication systems for years, and we realised the common flaw is that all current technologies are based on user information or devices which can be stolen. So we created a new-style secret which is never exposed, and therefore can't be stolen.

A new authentication "building block"
Once we'd created the basic Shayype methodology, including a best-in-class "back end" (which does what it needs to do without actually storing user secrets in a form a hacker can use) we set about enhancing it. Over the next few years you're going to see a range of authentication systems for specific sectors, based on this brilliant technology base.

A new high in hacker resistance
We've put years of development work into combating vulnerabilities which have weakened previous graphical systems, such as the ability of shoulder surfers or "bots" to record what the user is doing, in order to reverse-engineer their secret. With Shayype, because the user's secret is never revealed, there are a number of systems thrown into the mix to protect users from keyloggers and other malware.

Compromised passwords cost financial services and insurance companies more money than any other sector. Protect your business and customers with device-free, dynamic authentication.

Those creating state-of-the-art websites, networks and other online environments are by nature always on the lookout for new ways to protect users. Shayype changes everything.

e-commerce can now enjoy everything from the equivalent of chip 'n' PIN online to all the benefits of users feeling more secure as they shop on the web.

Overcome the challenges of providing IT services in a SaaS-dominated world. Meet your customers’ needs as they grow and evolve in a  variety of industries with an array of privacy and regulatory concerns.

What the industry is saying about Shayype...

Shayype improves on the whole idea of two-factor as you no longer have to carry something physical like a phone with you at all times. In my view that puts Shayype streets ahead

“Shayype presents a whole new approach to passwords which is both easier to remember and harder to hack. We tried it on staff here and everyone got it instantly. It’s brilliantly simple, yet so secure”

“Shayype is a beautiful idea for implementing a onetime code entry. Even if a bad actor observed a complete transaction, it would be extremely hard to
reverse engineer the pattern, which can’t be said of a traditional ATM pin”